Visualization of the own learning process

This week: This time, I think about how open world building games are a perfect environment to visualize the own learning progress.

Normally, I do not look up any information when I start to play a new game. The only thing I do is to take a look at the keybindings in order to get a basic idea about the things I can do in the game. Subsequently, I start to play it from scratch and to improve my gameplay based on the experiences I make. Depending on the genre of the game, this approach sometimes involves to start over again after having learned how to properly play the game. However, in the case of an open world (building) game, I often continue to play my very first game as the outcomes of the initial phase of my gameplay are an important part of my story in this particular game.

This approach is especially interesting when the game in question is an open world building game such as Minecraft or Cities: Skylines. During the gameplay of these two games, players can construct and design buildings and/or build even huge cities. All the time I start playing such a game for the first time, I start with a small project in order to gain my very first experiences with the game. After gained some experience and learned how to realize a project and solve issues, I move on to the next more ambitious project. Over time, my very first game world features a lot of different projects that represent the different phases of my gameplay and also act as a timeline of my learning process. Finally, I can begin to incorporate the earlier projects into later projects in order to create a well rounded environment which still shows my progression through the game.

Recently, I began to build my very first city in Cities: Skylines. During the gameplay of Cities: Skylines, players create gigantic cities by placing and connecting roads, creating building zones and establishing a solid infrastructure. As the city grows, the traffic becomes more and more the central game mechanic the players have to deal with. At first, many crossroads and intersections might look useful, but over time they will cause a serious congestion and, as a result of this, the players have to find more efficient solutions.

Trying out a different street layout

As I developed my very first virtual city, I learned how to deal with the virtual traffic the hard way. The oldest part of my city features many crossroads and has serious traffic issues. After I noticed the problem, I moved to a different location in the virtual world and built a new district with a more efficient street layout. At some point, however, the increased traffic also became a problem for this layout and so I learned from my mistakes and built a third city district. As my city growed, I began to connect the districts and to combine them into one huge city and thus my city shows my learning progress.

The highway helps to control the traffic

Personally, I think this visualization of the own learning progress throughout the gameplay is really motivating as it shows how we can get better, if we analyze issues and learn from our own mistakes. It can even help us to build up some confidence that mistakes are not necessarily a bad thing as we can learn from them. Moreover, especially in the case of a virtual city, the constant change in the layout makes everything look more natural and more interesting.

This week: This time, I think about how playing a realistic racing simulation can improve the player’s driving ability and perception of speed.

Computer games can train and improve our reaction time when certain game mechanics which demand a fast reaction on the player’s side are used. Subsequently, the players are constantly challenged to react in time during the gameplay, thus training their reaction time.

Recently, I made the observation that computer games can even alter the perception of speed. Over the course of two months, I was frequently playing Assetto Corsa [1][2] which is one of the most realistic racing simulations as it utilizes a very accurate physics engine and provides a photo-realistic visual representation of the virtual race events. During the game sessions, I gained a lot of racing experience with various race cars on various racetracks. The cars as well as the racetracks are realistic virtual versions of their real world counterparts, thus resulting in a very realistic and immersive simulation of race driving.

In most of the cases, I was trying to master a certain racetrack and a certain race car during so-called practice sessions. During these sessions, I was completely alone on the racetrack and tried to improve my lap times by figuring out the right braking points and the right speeds for each turn of the racetrack. Aside from learning the racetrack, I also trained my reaction time and my spatial attention as achieving a great lap time required the perfect execution of the racetrack which was especially challenging with high performance race cars that achieved a speed of more than 300 km/h on the straights. At those speeds, the right braking point lasted only for a fraction of a second as braking too early resulted in a slower lap time and braking too late could have resulted in a trip into the gravel. 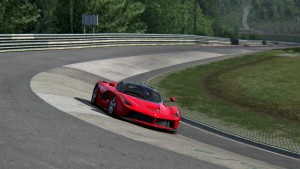 Over the course of those two months, I really got used to driving at these high speeds and the incredible performance of the race cars. Furthermore, the gained racing experience, the improved reaction time and the improved spatial attention led to the development of some kind of racing flow which helped me to intuitively control my race car.

Aside from practicing my racing skills, I also got used to drive at those high speeds. At the end of these two months, my normal cruising speed on the Autobahn felt really slow as my perception of speed has changed. Although regular driving seemed to be really slow, my racing experience made me feel much saver while driving as I was used to operate a car at much higher speeds in a very demanding environment.

In the end, I was able to transfer the knowledge I have learned in the racing simulation to the real world and, as a result of this, playing a realistic racing game can improve a driver’s driving ability. Unfortunately, all the racing experience can not prepare the player for the insanity on the roads that is caused by the other drivers.

Iceland is absolutely spectacular! Amazing waterfalls, vast fields of gravel, colorful hot springs, high mountains and deep valleys are only a few of the things that can be discovered on this young part of our pale blue dot. 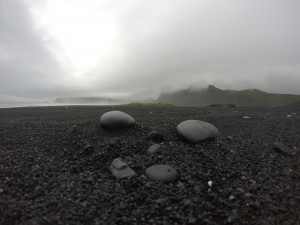 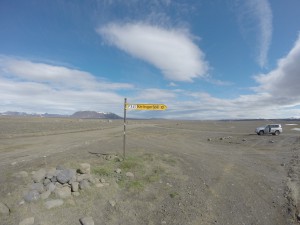 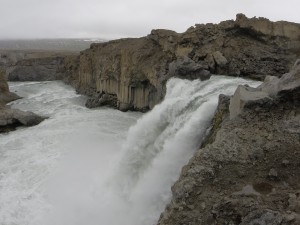 One of the many waterfalls of Iceland 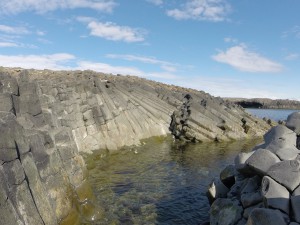 Iceland is absolutely spectacular! Amazing waterfalls, vast fields of gravel, colorful hot springs, high mountains and deep valleys are only a few of the things that can be discovered on this young part of our pale blue dot. 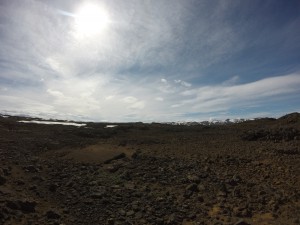 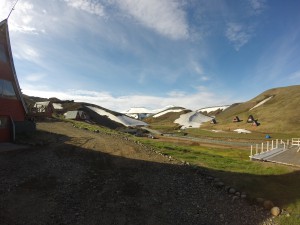 Camp in the Highlands 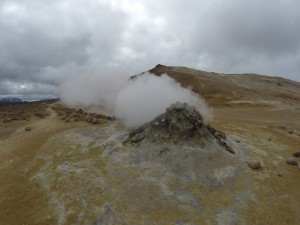 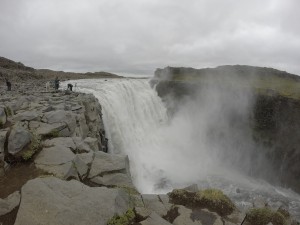