This week: This time, I think about a different approach of defining the term gamification.

Recently, I had a conversation about gamification and how to use it in a good way. Unfortunately, the term gamification suffers a bit under one of the main definitions of it: gamification is the use of game elements to enhance the engagement of users in a non-gaming environment[1].
Moreover, the implementation of gamification is often limited to a few game mechanics, which are used most of the time to enhance the engagement of users in a non-gaming environment. Users are able to gain experience points to level up their avatars, they might get rewarded with special badges after they have completed a certain task and they might be able to compare their performance by using a leaderboard feature.
If most of the platforms are using only these simple reward mechanisms, it is very likely that they will become boring and cease to increase the user’s engagement in using a certain platform. Furthermore, they can even become to a certain degree an obstacle and start to annoy the users, because they just like to use a simple and plain tool without all the gamification effect layers.
Additionally, gamification is often used in a business environment where users are required to use certain platforms and tools. This is causing a problem, because if someone is forced to play a game, the game would immediately stop being a game and just become a normal task[2]. In other words, the desired effect of adding a certain playfulness to a platform would just become a colorful feature without any positive effect. This feature could still enhance the motivation of the users, but it is not adding a certain playfulness to the system.

Luckily, gamification can be also approached in a different way. Playing is often also a way of learning or practicing new things. Trying to throw a stone as far as possible into a lake is just a playful competition, but at the same time, the players are practicing their agility. Playing a computer game is teaching the the players how to interact with the game using the keyboard. Moreover, the players are learning facts about the virtual world just by advancing through the game.

At this point, it is very important to understand that the learning outcome is just a side effect of the game. In this case, a good learning game should still have the normal purpose of a game: entertainment. However, the desired learning goal should still be a major part of the game.

The learning outcome of having more knowledge about the life in the 17th century could be achieved by letting the story take place in this age. While the players are exploring the environment, they are able to observe the daily life of the people in this age. The players could be even able to talk to virtual characters to learn more about their life. Moreover, those conversations could be used to introduce the player to major events.

The learning outcome of having more knowledge about chemistry could be achieved by making all the puzzles in the game solvable by performing chemical reactions. In order to do this, it is important, that the players are able to find the specific knowledge about chemistry inside the game. In case of an adventure game, the players could find some scrolls about a certain chemical reaction they need to perform in order to proceed through the game. By reading these scrolls and later on mixing the reagents, the players are automatically learning the results of this experiment.

From my point of view, this is a more promising way of gamification. It is the way of finding a method to create a game, which main purpose is to entertain the players. Howerver, while they are enjoying the game, they do get the opportunity to gain more knowledge about a certain topic. Gamification is then all about finding the right game mechanics to offer the knowledge to the players while they are persuing a completely different goal: experiencing the story presented in the game.

This week: This time, I think about the creative process of realizing a project in a building game like Minecraft.

Lately, I was occasionally playing Minecraft and I decided to create a huge building in my Minecraft-world. However, the building is not finished yet, because I always came up with a new concept and so I needed to change the shape of my house several times. After each game-session I felt how I was still thinking in a creative way about my next steps. 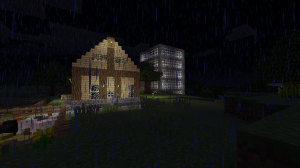 Building games like Minecraft or The Sims can be a great way to express and train our own creativity. The players of these games can terraform the environment, create and change huge buildings and even decorate them.

The player’s creativity is mostly challenged because these building games do not have a clear end and the players almost have endless possibilities to construct something inside these virtual worlds. Moreover, the players are always able to change their own creations and can even improve finished parts.

At the beginning, the players are entering a more or less empty space, which they can change as they desire. From this point on they can develop their very first idea of their building project and finally start working on it. Over time, the creation is taking shape and the players are able to take a step back in order to look at their very own creations to decide whether they are on the right track or they have to change some parts.

This is a very crucial moment in the process of expressing the own creativity, because suddenly the players are able to see their ideas becoming reality. This transition can help the players to evaluate their own project idea and also enables them to develop even more creative ideas.
Moreover, throughout the whole building process the players are getting constant feedback about their progress. This feedback in return can inspire the players and help them developing new concepts for their building project.

In the end, the whole game becomes a creative environment where the players can express and train their creativity. Moreover, I think that players who play such a creative game on a frequent basis also also more likely to come up with new solutions to difficult problems in their daily life.

This week: This time, I think about an interesting conversation with a curator I met during my vacation in Iceland. He was really open minded and saw a great potential in the use of virtual reality and virtual worlds in order to enhance the exhibition of his museum.

Over the last two and a half weeks I was exploring Iceland. Apart from the discoveries of interesting geothermal activities, I also met a nice curator of a historic museum due to a lucky coincidence. As we were driving along one of the many gravel roads on Iceland, we saw a sign for a café and so we decided to have a short break there.

Upon arriving at the café, we discovered that the café is located at a Jón Sigurðsson museum and the only person we met there was the curator of it. After a good coffee break, we asked him a few questions about Jón Sigurðsson and about the political history of Iceland. After I revealed that I am researching the educational use of computer games, he got very excited and he immediately demonstrated us the multi-media part of the exhibition.

It was very interesting to talk to him about these multi-media features, because he was very open minded. Moreover, he saw the great potential of virtual reality and even wished to have access to more attractive ways to enhance the presentation of historical facts in a museum.

As an example, he was talking about the findings of an archaeological excavation next to the museum and that it would be really beneficial, if these old ruines could be enhanced with some virtual reality. Currently, the ruins of the first settlers on Iceland are only old stones explained with descriptive texts. In this case, it would be hard to imagine the life of the settlers over 1000 years ago. However, using virtual reality could reanimate the ruins and allow the visitors to really experience the history.

Additionally, he was also talking about the great potential of the internet these days. The current multi-media part is also accessible via the official website of the museum. However, it would be even more beneficial, if the whole museum could be made accessible from all over the world. According to the curator, it would be a huge leap ahead, if the visitors could explore and experience the knowledge presented in the museum in a more engaging way than just reading texts or listening to spoken words. 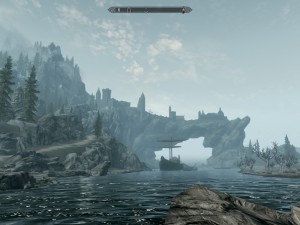 It was really refreshing to talk to someone from a completely different scientific branch and seeing the intersections of our different research fields. Moreover, the technology to recreate the history is already available. Computer games like Skyrim allow the players to explore beautiful landscapes and settlements. Additionally, the players are introduced to the background story of the gameworld by talking to Non-player-characters. It would be really interesting to reanimate an old settlement in such a Role-Playing-Game and to finally observe the learning outcome of the played history compared to a visit at a local archaeological excavation exhibition.

This week: This time, geothermal energy is just a great energy source and also useful for relaxing activities! 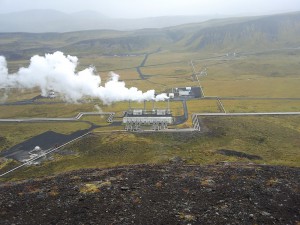 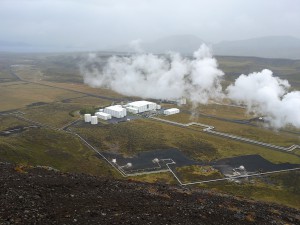 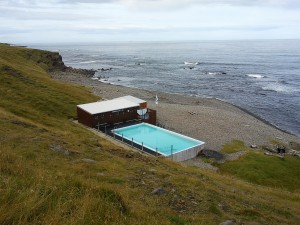 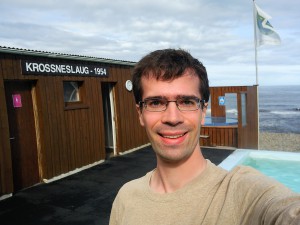