My master thesis now containts more than 10.000 words! Nothing special, but it’s a nice number to highlight.

Influenced by my work, I thought about the gamification of my writing process: 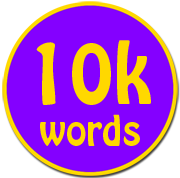 A raid leader is mostly responsible for the success of the whole raid. Losing a leader is always a huge hit for the raid. The leader makes sure the raid isn’t ending in chaos. A leader inspires, provides feedback and creates a powerful and fair environment, where everybody feels welcome and can perform at its best. To fulfill the duties, the raid leader has to cover four things:

Communication: The most important thing a raid leader should do is to communicate with the other members. If the leader doesn’t communicate anything to them, they won’t be up to date and won’t feel integrated into the raid. On the other hand, if there’s an issue which is not communicated, nobody knows about it and no solution will be found. Considering this, communication is the most powerful tool a raid leader has: It even can solve almost every problem.
Communication can be seperated into two ways: the direct and the indirect way. The direct way is speaking directly to the members via voice chat or via the written ingame chat. The voice chat is the most present one, because it directly uses the senses of everybody involved.
The indirect way is using a communication platform like a forum. The leader should make clear the necessity of visiting the forum – in the best case on a daily basis – to stay up-to-date. Once the forum serves as a communication platform, the leader can act on the assumption that the published information has reached everyone. This indirect platform can be used for (longterm) discussions, off-topic discussion and as some kind of database. If there’re some rules or general agreements, these rules should be found in the forum as well.

Rules: Rules are a very good way to create a fair climate for everybody in the raid. The rules should apply to everybody in the group, even to the closest friends of the raid leader, the officers and the leader itself. The leader should write out the rules to get rid of the most critical things like the loot distribution, the use of the raid planer, the expected raid preparation, the expected behavior during the raids, etc.
The rules should be accessible on a common platform like a forum or website.

Strategy: The raid leader decides which strategy is the appropriate one for a certain boss. The leader should ask the members for some input by making up the tactics, but the ultimate decision should be made by the leader itself. Afterwards, the leader should communicate the new strategy to everyone in the raid. This should happen in a direct way and if there are some important roles (e.g. handling a spawning add in an appropriate way), the leader should make clear the assigned player is up to it.
The decision of the appropriate tactics should take the strengths and weaknesses of the raid into account. If the raid has very strong healers, the right strategy might allow to underheal a certain boss, whereas a very strong dps setup allows to use an additional healer to play more safely.
If it’s the beginning of a new content, the raid leader should recall the current strategy of the raid the second or the third time the raid is fighting against a certain boss to make clear everybody is up to the strategy and starts to interalize the tactics.
During farm times or in a later period of the current raid content, the raid leader should only recall the individual strategy if a new members has joined the raid and isn’t up to the used tactics. The whole fight shouldn’t be explained, because in this period enough guides are available and the fight should be clear to everybody – even the freshly joined member.

Roster: The raid leader should always have an eye on the roster. Members are the most important resources a raid has. Without enough players a raid won’t exist. Even if a certain role (e.g. tank) is missing, a raid can get into trouble. The raid leader should be aware of losing members and should start recruiting new people if necessary. The right amount of members should be oriented on the availability of the other participants in the raid. When the leader doesn’t get into situations of calling it a raid, the right amount of players might have been found.

A raid leader has to cover four things: establishing a working communication, creating a fair and fun environment by writing out some rules, making the ultimate strategy decisions and keeping the raid working by managing the roster.

In general, I also like to answer user – in this case your (!) – questions. So, if you’ve a question about the whole topic of raid-management, just write me an e-mail (questions[at]learning-by-gaming.net) and I’ll do my very best to answer them.