This week: This time, I think about a few of the highlights of the last 12 months.

2014 is coming to a close and so it is time to look at some of the Learning-by-Gaming statistics of 2014. In general, it was a good year for my small blog and my „Finding of the week“(Fotw) series. I managed to publish 52 (this one included) Fotw-articles this year–one article per week. Most of them were about a computer game related topic[1] but also astronomy[2] and spaceflight[3] played an important role. Three of this year’s articles were even written during my journey across Iceland[4]. I even came up with an interesting game concept, but I have not found a good way to realize it yet[5].

My research is also making good progress. I managed to complete two research projects during this year. One was the development of a game based learning simulation and the other project has put a particular computer game to a test, if it helps to increase the learning outcome of students. Moreover, the project helped me to identify a few more connections between certain game mechanics and a potential educational use. The next year will start right away with the writing of two papers to make my results available to the whole science community. 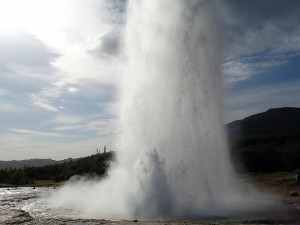 This year was also the first time that I experienced geothermal activities: I was able to travel to Iceland for a bit longer than 2 weeks. Also, it was another confirmation that I really like harsh environments. I really enjoyed driving through huge areas covered in volcanic ash, climbing on top of mountains, and being exposed to the elements. Now, I need to find a way how I can combine my research with a stay at a research station in Antarctica or on Spitzbergen.

Finally, I was enjoying several online courses on coursera.org. It is really interesting watching lectures from scientists from all over the world. However, during the second half of the year, I had not enough time to continue this new hobby.

All in all, 2014 was a great year full of new experiences and it is really sad, that it is already over. However, the next year could result in even better experiences and so I am excited to see what the future has in store for us. 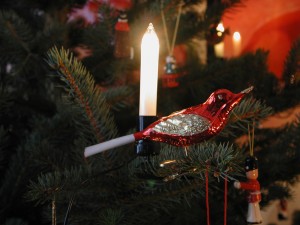 I wish all of you a Merry Christmas and a Happy New Year! 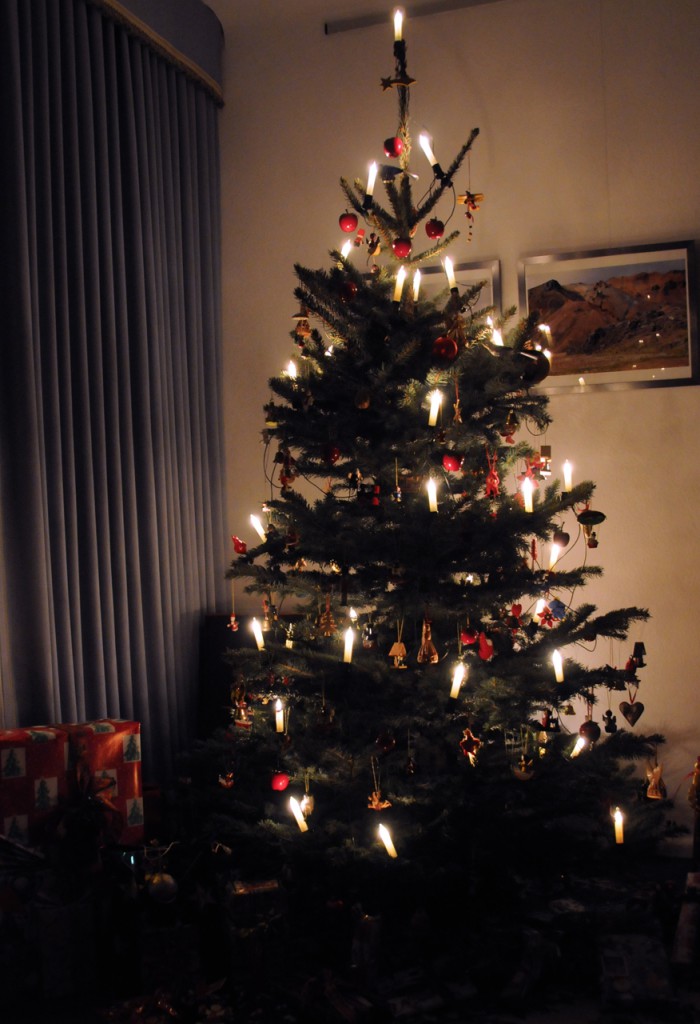 This week: This time, I think about the winter solstice and the fact that the data gathering phase of one of my research projects is over.

Half a year ago, I wrote about Midsummer–the longest day in the northern hemisphere of our Earth[1]. At the summer solstice, the northern part of our Earth experiences the longest exposure to the sunlight during a whole year. At the exact same date, the southern part of our Earth experiences the shortest day of a year–the winter solstice. The reason behind this phenomen lies in the tilt of the rotation axis of the Earth relative to its orbital plane around the Sun. During one year–or an orbit around the Sun–the tilted rotation axis is causing the difference in the exposure to the sunlight.

Now, half a year after the first article, everything is flipped around. The Earth completed half of an orbit around the Sun and the northern hemisphere will experience the winter solstice tomorrow. In other words, the northern hemisphere has the longest night and the shortest day on December 21st. Regions north of the Arctic Circle will not have sunlight at all. These regions are now experiencing the polar night, because the Sun will not raise above the horizon. Moreover, it is the beginning of winter and this is hopefully resulting in freezing temperatures and a lot of snow! 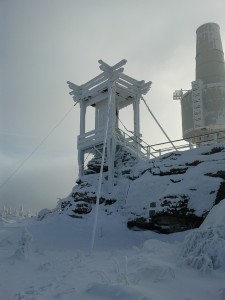 Apart from the announcement of this special day during a year, I do have also other great news to share: the data gathering phase of one of my research projects is over. This week, I conducted a final test in order to determine possible positive effects of playing a particular computer game. Of course, the research project itself is not over yet. Now, I have to analyze the data and to write a paper about the results. Although this will result in a lot of work, it is still a nice feeling of having finished the most essential part of a research project.

This week: This time, I think about the way how the developers of World of Warcraft are trying to increase the social factor of the game.

World of Warcraft (WoW) offers a lot of content which can be only completed by grouping up with other players. In order to do so, players can form a group with friends or take advantage of the so-called „Group Finder“. The Group Finder is a tool which automatically assembles groups out of all the players who have signed up for it. Recently, the functionality of the Group Finder was extended by a new function: it received the „Premade groups“ section. This new function helps the players for find or form a group for almost anything. 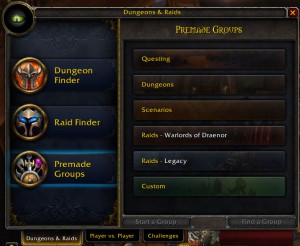 The Premade Group function is especially helpful for some of the quests which can be repeated on a daily basis. Completing such a quest without the help of other players can be a time consuming task. However, grouping up for such a quest reduces the time needed by a significant degree. Moreover, the whole game world seems to become more vivid, if the player is surrounded by other players, who all are working towards the same goal.

On the other hand, being in such a group does not really change the gameplay itself and the only benefit is the reduction in time due to the contribution of all the other players being part that group. Most of the time, players are joining the group via the Group Finder and stay only as long as they are not finished with their quest. As soon as they have completed their task, the players are immediately leaving the group.

The whole concept can be summarized as a very casual form of a social interaction. It even can be seen as great example for ambient sociability[1]: the players do have the opportunity to talk to different players if they want to. Moreover, all the players are belonging to the same social scene and are included into one collaborative group.

In the end, the combination of a slow quest progression and the possibility to decrease the time needed for it by joining a group has really helped to unite the players and to create a more lively virtual world. Unfortunately, most of the players only care about the quest reward and are just trying to finish the task as fast as possible.

This week: This time, I think about the great live video coverage of the maiden flight of NASA’s Orion spacecraft.

On December 5th 2014, NASA’s Orion Multi-Purpose Crew Vehicle completed two orbits around the Earth, reached a peak altitude of 3,604 miles and re-entered the atmosphere at nearly 20.000 mph in the spacecraft’s uncrewed maiden flight. The peak altitude was also the highest point a human-rated spacecraft has ever reached since the final Apollo mission more than 40 years ago. The test flight lasted 4 hours and 23 minutes and was a critical mission in order to test and evaluate all the spacecraft’s systems. During the flight, the Orion spacecraft was exposed to high radiation without taking any damage as it crossed twice the Van Allen Radiation Belt.

Apart from the great accomplishment, the Exploration Flight Test 1 (EFT1) was also an impressive demonstration of today’s communication technologies. NASA TV provided a live coverage of the complete mission which even included live footage from the camaras placed inside the Orion capsule. It was just breathtaking sitting in front of my monitor and looking down on our Earth from one of Orion’s windows. Apart from the lack of zero gravity, it almost felt like being an astronaut on a space mission.

The coverage of the mission began with a live video stream directly from the launch pad. After the Delta-4 Heavy rocket vanished in the clouds, the coverage continued with images from cameras mounted on the rocket. During the orbital and re-entry phase of the mission, live data from the spacecraft or even pictures from the cameras inside the spacecraft were broadcasted. This coverage included spectacular views of our Earth, the parachutes being deployed during the final phase of the mission and even the splashdown. The final descent was also covered by a drone which was flying over landing area and provided great pictures of the spacecraft returning from space.

The live coverage of certain spaceflight events is not really a new thing. However, it felt totally different because of the impressive quality of the images. Moreover, it was really impressive to follow the whole mission in real time over the internet. Although I am basically living on the internet, live broadcasts from space are all the time a very spectacular event.